After launching its driverless robotaxi service in San Francisco a few months ago, Cruise has now announced plans to launch additional driverless services in Phoenix, Arizona, and Austin, Texas, within the next 90 days. Cruise vehicles have been spotted in the two cities for some time, performing tests and mapping for navigation maps.

We’re expanding in a big way!

Within 90 days, @Cruise is going to be live in both Phoenix and Austin—in addition to San Francisco—with our awesome fully driverless service. I can’t wait to serve our new riders.

Going forward, AVs are going to be scaling rapidly

In San Francisco, about 3 dozen driverless cruises are currently on the road between 10 p.m. and 5:30 a.m. for a limited number of test passengers. How many vehicles will be on the road in Phoenix and Austin and at what times of day is not yet known.

Some fun news – @Cruise is bringing driverless rides to Austin and Phoenix later this year. pic.twitter.com/ZCSuVz3DwM 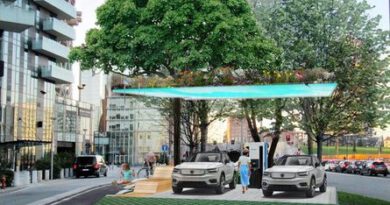 Volvo Is Planning Its Own Fast-Charging Network In Italy