Now that a whole flood of electric cars is hitting the market, the first comparisons that go beyond driving performance are also becoming possible. Sandy Munroe, known for dissecting vehicles and analyzing the components and innovation used, began this week to take on Ford’s Mach-E, the electric equivalent of the Mustang. This vehicle is already proving to be an important vehicle for Ford, and as reported, more Mach-Es have been produced since the beginning of the year than Ford Mustangs.

Munroe got the first – bad – surprise right at the frunk. Removing the cover revealed a tangled mess of wires and connections that revealed more than 30 clamps and a complex pumping system between component boxes. Some component boxes also appeared to have no function at all.

Munroe dramatized his “surprise” in the video to indicate how horrified he was by it. A former Ford employee and consultant to automotive companies, his job at Ford at the time was to save as many lines, hoses and hose connections as possible. Each part posed a potential leak hazard because clamps would break, hoses would become brittle or rub against other components. And this clutter, according to Munroe, just screams leakage. This makes Ford’s recommendation to inspect the vehicle every 10,000 miles (16,000 kilometers) understandable.

Not only are leaks inevitable, it also increases the possibility of parts getting mixed up during maintenance. Munroe’s team took some time to understand which hoses and which pumps pump cooling water in which direction, and how they interact. Incorrect maintenance that promotes complexity, and damage caused by it, can be quite costly.

Munroe compares this first part of the Mach-E to Tesla, where the cooling system was designed to eliminate massive amounts of parts. He also lays the frunks themselves side by side. While Tesla’s frunk is a single part, the Ford’s comes out with between one and two dozen parts. Apparently, holes had to be drilled into the frunk after the fact on the Mach-E because they forgot the safety flap, which is mandatory on the trunk, and now becomes necessary on the frunk as well. Apparently absolute beginner’s mistake.

But take a look at the video yourself, it’s just under 13 minutes long. In any case, it will be exciting to see what surprises await us under the facade in the coming days. 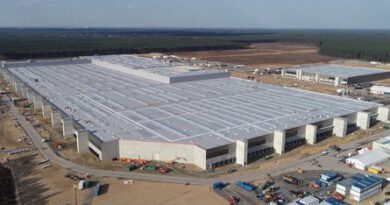 New Report Slams UK Charging Points For Difficulty To Use