A collision occurred between a Waymo vehicle and a scooter driver on Larkin Street in downtown San Francisco this evening. The scooter driver was knocked over and landed on the street. Emergency personnel were immediately on the scene to treat the scooter driver.

At present, it is a case of one man’s word against another’s.

Scooter rider says he was knocked off. Waymo driver telling people the rider was walking in the street.

Waymo autonomous car appears to have had a crash involving a scooter in downtown SF pic.twitter.com/bX3Xe180IF

With its counted 29 cameras and multiple LIDARs, each Waymo records and analyzes the environment. In collisions like these, they can then be used for accident analysis. Then we’ll know more about how the accident happened.

In an initial response, Waymo said that this Waymo vehicle had been in manual mode, meaning it had been driven by a human.

Waymo says the vehicle was being operated in manual mode (ie it was being driven by a human) “when it came in contact with an individual on a scooter.” The company has no information about any “serious injuries” at this time.

SFPD have yet to respond to a request for comment 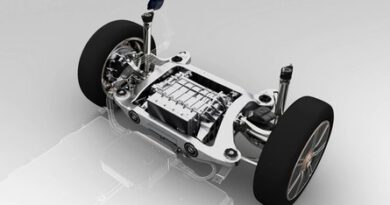