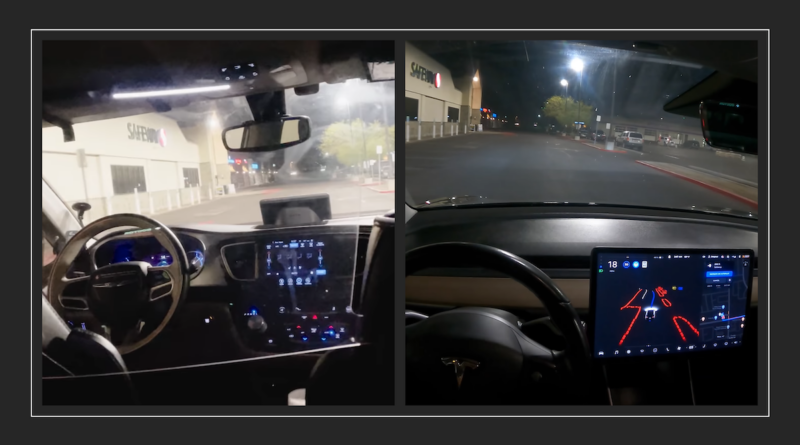 With the increasing availability of autonomous driving technology, more and more experiences and videos of driverless rides are being published. YouTube user Whole Mars Catalog has now set up an interesting comparison test by having a Waymo One and then a Tesla with Full Self Driving Beta (FSD Beta) take each a trip to a supermarket (Safeway) from the same starting point: outside a hotel in Chandler, a suburb of Phoenix in the US state of Arizona. Both trips were made at night with little traffic. Note: Many Safeways are open through the night, so it’s not uncommon in the U.S. to go grocery shopping at midnight.

What is noticeable right from the start is that the Waymo One and the Tesla choose two different routes. While the Waymo One turns right when exiting the hotel, the Tesla FSD Beta chooses to turn left. This saves the Waymo almost all left-turn maneuvers, which, when unprotected, i.e., not controlled by traffic lights with left-turn arrows, are considered among the most difficult maneuvers. Both journeys were performed without a single intervention by a human driver.

Another remark about the systems: both are L4 systems and thus aim at driving without a driver. They should be able to handle almost all driving situations, and those in which they do not know how to proceed, come to a safe and controlled stop. One more note: The Tesla FSD Beta is not to be confused with the Tesla Autopilot. The latter is an L2 system. And as the name FSD Beta implies, it is still a preliminary version that is not yet publicly available to all customers, but is still being tested. Therefore, for legal reasons, a driver in the driver’s seat is still mandatory. As soon as the FSD receives official approval, Teslas can legally drive without a person on board or a driver in the seat.

The result: the Waymo One took about 8 minutes, while Tesla’s FSD Beta took 5 minutes and 12 seconds.

Note: the Waymo Ones are already driving completely driverless in Phoenix, so you don’t see a driver around the vehicle. The Tesla FSD Beta still requires a driver to take control at any time for legal reasons. Therefore, the ‘driver’ sits in the driver’s seat, but does not intervene while driving.

Here is the video. It starts with the Waymo One ride, and then starting at 9:04 you can see the Tesla ride with the FSD Beta. Here is also a link where the two rides are shown side by side. 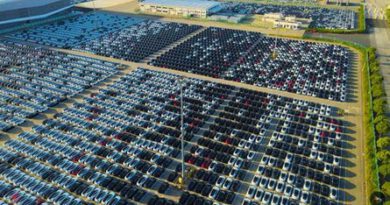 Tesla Will Not Yet Push For Max Output At Giga Shanghai, Say Sources 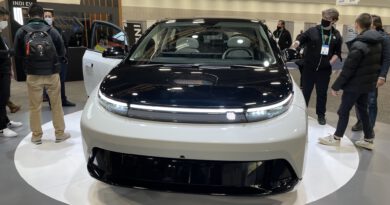