When it arrives in the market later this year, Toyota’s Teammate will mark a major milestone along Toyota’s transformation to a technology-driven mobility company. For the team of U.S. engineers that helped develop Teammate’s Advanced Drive function, it’s the culmination of their core philosophy: “Produce a best-in-class user experience while developing cool stuff.”

“Our team is motivated by very tangible and unique goals,” explained Nick Sitarski, Vice President of Toyota’s Integrated Vehicle Safety (IVS) division, which develops advanced driver assistance technology and safety features for Toyota and Lexus vehicles. “We see ourselves as one of the catalysts for Toyota’s transformation into a mobility company.”

Based in Ann Arbor, Michigan, IVS is a small, interdisciplinary team of engineers and researchers within Toyota Motor North America R&D. They have a unique mix of backgrounds and experiences, ranging from software engineers, algorithm developers, systems integrators, technicians and data analytics experts.

Perhaps more than anything else, IVS has to remain relentlessly results-driven. “We’re putting automated and driver assistance systems on the road, which means our team is involved with everything from writing the software to testing these technologies in the field,” explained Mahendra Kute, Group Manager of IVS’ Automated Performance and Evaluation. “We’re one of the few departments that’s working directly to put these systems into vehicles to improve the driving experience, which gives us enormous pride.”

Since its inception in 2008, IVS has made important contributions to the development of core safety systems such as Toyota Safety Sense (TSS), which now comes standard on nearly every new model. But the division’s recent work might be its most significant accomplishment yet.

IVS played a critical role in preparing Teammate’s Advanced Drive function for use in the U.S. Engineers from IVS tested the system with the same test vehicles and software deployed by teams in Japan, allowing for U.S.-specific safety considerations, such as HOV lanes and draw bridges, to be factored into the design and performance of Advanced Drive.

“Teammate’s Advanced Drive was designed to partner with and assist the driver to improve safety and convenience while driving on the highway,” said Derek Caveney, an Executive Engineer who is helping to lead the project within IVS. “To behave naturally in any environment, you need to develop in that environment. That not only makes the system safe, but it also provides a superior, natural driving experience for our customers.”

This was no small feat. The IVS team analyzed hundreds of thousands of miles of human driver data to help design a system that mimics the natural driving experience. The IVS team also spent the past 12 months on the road to “fine tune” and evaluate the system itself through a rigorous screening process on U.S. roads across 37 states, including several intra-city trips along congested urban highways and interstates throughout the United States.

“We are in the fortunate position to see these projects across each stage of development, to really be involved from beginning to end,” added Caveney. “We also have the powerful motivator of actually seeing products we helped develop previously out on the road. It’s a great reminder of the importance of our work. It’s a very cool feeling knowing that systems from IVS are supporting safe and more comfortable driving for all road users.” 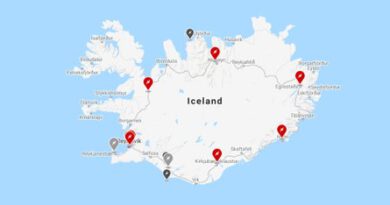 Iceland Now Has A Ring Of Tesla Superchargers Around The Island 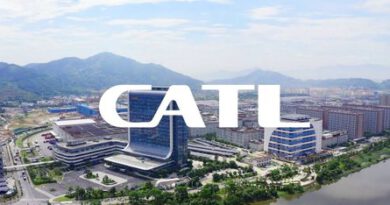 Report: Ford Turns To CATL For Batteries In China