The Covid-19 pandemic has wreaked havoc all across the globe taking hundreds of thousands of innocent lives while also causing permanent damage to the health and lifestyle of millions of people. The quick spreading nature of the disease meant that entire cities or countries were locked down and soon the global economy came to a standstill. Many industries felt the effect of this economic shutdown but perhaps it was the automotive industry whose effect was the most prominent.

The first signs of the Covid-19 epidemic became evident by December 2019 but by late January or early February of 2020 the epidemic that, according to the WHO, emerged from China turned into a global pandemic. The automotive sector took a huge hit as businesses were forced to close down and people were advised to stay at home. There was suddenly no-one to buy or sell vehicles or vehicle-related accessories.

The 2nd largest automaker in the world, Toyota, which boasted a 10% market share of the automobile industry as of 2019, is expected to be one of the worst to be hit by the pandemic. The first quarter of 2020 was not at all fruitful for the Japanese auto giant as its major facilities were shut down, workers were laid-off and the weak demand meant that there would be no help to the global sales figures. The automaker saw its sales figures drop 50% with sales expected to stay low the whole year. However, the company still managed to get $131.73 million in operating profit for the first quarter of 2020.

Another Asian auto giant, Nissan, saw a whopping 47.7% decline in sales in Q1. The Japanese domestic market was the least affected with a 33.7% reduction in sales volume to 84,000 vehicles. However, things in China and the U.S were far worse for the automaker as sales figures plummeted 39.9% and 49.5% respectively. Nissan doesn’t expect a very healthy second half of 2020 but they are confident that sales will pick up by the start of 2021.

The largest auto manufacturer of 2019, Volkswagen did not fare any better as sales fell by 23.2% and the company posted an operating loss of $940 million for the first half of 2020. However, the German marque looks confident about achieving a decent profit in the second half of 2020 due to the ease down of restrictions and the global economy coming back to life.

BMW saw a 20% fall in global sales in Q1 while electrified vehicle sales saw a 13.9% improvement. Q2 figures were not better as well with a 25.3% reduction in sales and an $800 million loss. The luxury subsidiary of BMW, Rolls – Royce fared the worst in this situation.

General Motors, on the other hand, reported a loss of $806 million in the second quarter of 2020 after a decent show in the first quarter. The American automaking giant had managed to eke out $294 million in the first three months even after facing the challenges posed by the coronavirus pandemic. The sales figures plummeted by 7% in Q1 while Q2 was worse with a 34% fall in sales.

The American electric car maker Tesla surprisingly had a favorable first half of 2020. The marque made 102,672 vehicles in the first quarter while delivering 88,400. In Q2 Tesla produced 82,272 vehicles and delivered 80,050 of them. The rising American automaker fared considerably well compared to giants like Toyota, GM, and Ford who all reported a fall in sales and a considerable fall in earnings.

When an automobile manufacturer reports a fall in sales it is mostly due to a fall in demand or due to the introduction of fresh governmental regulations. However, this time plummeting sales were a result of the ongoing coronavirus pandemic. Therefore, the effects were not region-specific. The entire automotive industry regardless of where a company was situated was hit hard and only a lucky few were able to salvage some profit out of the first half of 2020.

It is important to note that European automobile manufacturers were not hit as bad as their competitors. Both the European marques we discussed above saw a <30% decrease in sales figures. This was made possible due to stringent regulations and policy building by the European Union to support the automotive sector. The worst to be hit were Asian auto manufacturers that saw a huge drop in their sales figures. This is strange considering Asia is the largest automobile market in the world but it also has a large share of ‘poor countries’.

Hope for the Future

The initial ‘wave’ of the Covid-19 pandemic has subsided and businesses all across the world have started to open with necessary precautions. However, the threat of a second-wave looms large and there is a possibility of the virus’ resurgence. The global economy and the automotive sector have taken a huge hit already. The current economic situation is even worse than the Great Depression of the 1930s according to some authorities. Therefore, we can’t be sure about the future but based on current forecasts and the way things are moving it seems the automobile industry will make a significant recovery with most automakers hoping to come back to a normal state in the last quarter of 2020. Daimler e.g. forecasts for 2020 results “positive results below the previous year”. Toyota’s outlook for the current fiscal year also foresees a positive annual operating income for (although with a 80% decline). The market performance during the 2nd half of 2020 will matter to answer the question in the end. Nevertheless, it currently seems like 2018 will remain the peak year of worldwide Automotive sales. How fast future trends with autonomous driving and shared and greener mobility will take place or if Covid-19 on the other hand will even enforce individual mobility for the next years is not yet obvious. Challenging Automotive times – let’s see what the next months will bring. 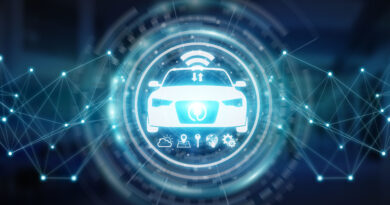 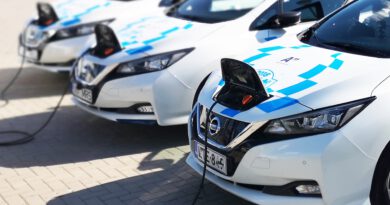 Will Innovations in Battery Technology Take the Automotive Industry Forward?