Our world is changing faster than we expected. If you look closely, most of the meaningful inventions, technological improvements, advanced machines, and groundbreaking researches came out in the last seventy to hundred years. When we talk about the automotive industry in this regard, the change has come much quicker. Take electric vehicle technology as an example, and you will see that groundbreaking research in the e-mobility sector was conducted in the last two to three decades. Even in these three decades, the last ten years have been the most productive. Why do you think that is? Before the late 90s and the early 2000s, not many people took electric vehicles seriously. The internal combustion engine reigned supreme, and there was never any talk of electric cars. No one expected e-mobility to be the future, but it undoubtedly became the next big thing.

The e-mobility revolution is rife, and it’s not stopping any time soon. Change is coming, but is it really the right time? In the short period that EVs have earned popularity, many countries have not been able to adapt to the change. They simply do not have the infrastructure or the finances to afford such a revolutionary change. The developed countries have had it easier with a large cache of money dedicated to the introduction of EVs in the market. However, it isn’t easy for the emerging markets or developing countries to topple the country’s infrastructure and make way for something new.

The main driving force behind electric vehicles and their implementation is climate change. The world has been fighting against climate change for a while now, but it seems the efforts are insufficient. A lot more needs to be done, starting with a revolution in the transport and automobile industry. Many critics suggest that by adopting electric technology and abandoning the internal combustion engine (ICE) carbon production will go down, giving us more time to fight against climate change. However, many countries can’t make policies and dedicate resources to the cause.

On top of that, car manufacturers are following suit by producing an increasing number of hybrid and electric vehicles. They have to follow the trend, which is usually set by the top economies. The developing countries can only sit and watch since they don’t have the power to influence the industry’s decision. It seems there is no other way for the world but to accept the fact that electric vehicles will dominate the future.

The electric vehicle infrastructure is either non-existent or minimal in emerging markets. Take a look at India, one of the upcoming economies. They have a huge automotive market, with sufficient buying power, and the government is fairly rich. Yet still, they haven’t been able to enhance the EV situation in the country. The average buyer still prefers ICE vehicles over an EV. It won’t be until the government expands the EV network throughout the country that the population thinks about switching to electric-powered vehicles. Why should they switch in the first place? A highly advanced country like Germany is still working on creating an efficient EV network inside its borders. The government is looking towards the private sector to help finish the job as it cannot do it all alone in a short time. The situation looks grim, and it’s unlikely to improve any time soon.

Where are the companies headed?

The automotive industry is currently being bullied by numerous European governments. Major countries like England, Germany, and Sweden have started to impose stringent measures to curb the use of ICE vehicles. As a result, other European countries are following the trend. Europe, being a very important market, has influencing powers on many car manufacturers, and hence they are forced to make the necessary changes.

Large-scale automakers like Toyota, Ford, and Volkswagen may keep producing a small portion of ICE-powered vehicles since EVs won’t be sweeping the entire world any time soon. There will still be some people who will prefer a regular car to an electric one.

Furthermore, with the progress in fuel technology, it’s highly unlikely that many people make the shift to EVs. Several companies are working on making carbon-neutral fuel, and a few have succeeded. The e-fuel promises to be a revolutionary product that will keep the ICE alive for just a bit longer.

You can’t say for sure if EVs will dominate the auto industry in the next 5 years, but it seems that many companies are headed in the right direction. The ICE might stay in the loop for a bit longer, but almost all the major auto manufacturing companies have invested in hybrid and electric technology, that it is unlikely that this shift never happens. Electric vehicles are coming. We can’t give a solid timeline, but the next 5-10 years will surely be dedicated to the “change”. Does it play a role that maybe the poorer countries in the world won’t be able to join this rally as fast? Unfortunately, no. Their market power simply is too low to force the OEMs to slow down the upcoming changes or go on offering ICE technologies even beyond the point when the first countries are stopping new car registrations with combustion engines (announced for 2030). Looking at Automotive Sales in 2020, approx. 92% of the global sales where in Europe, Northern America, China, South Africa and Japan. So, from a business point of view: who can afford to wait for the rest of the world?

Are they taking over? What about Chinese E-Mobility start-ups on the European markets? 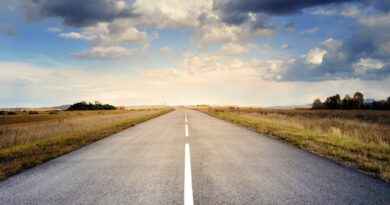